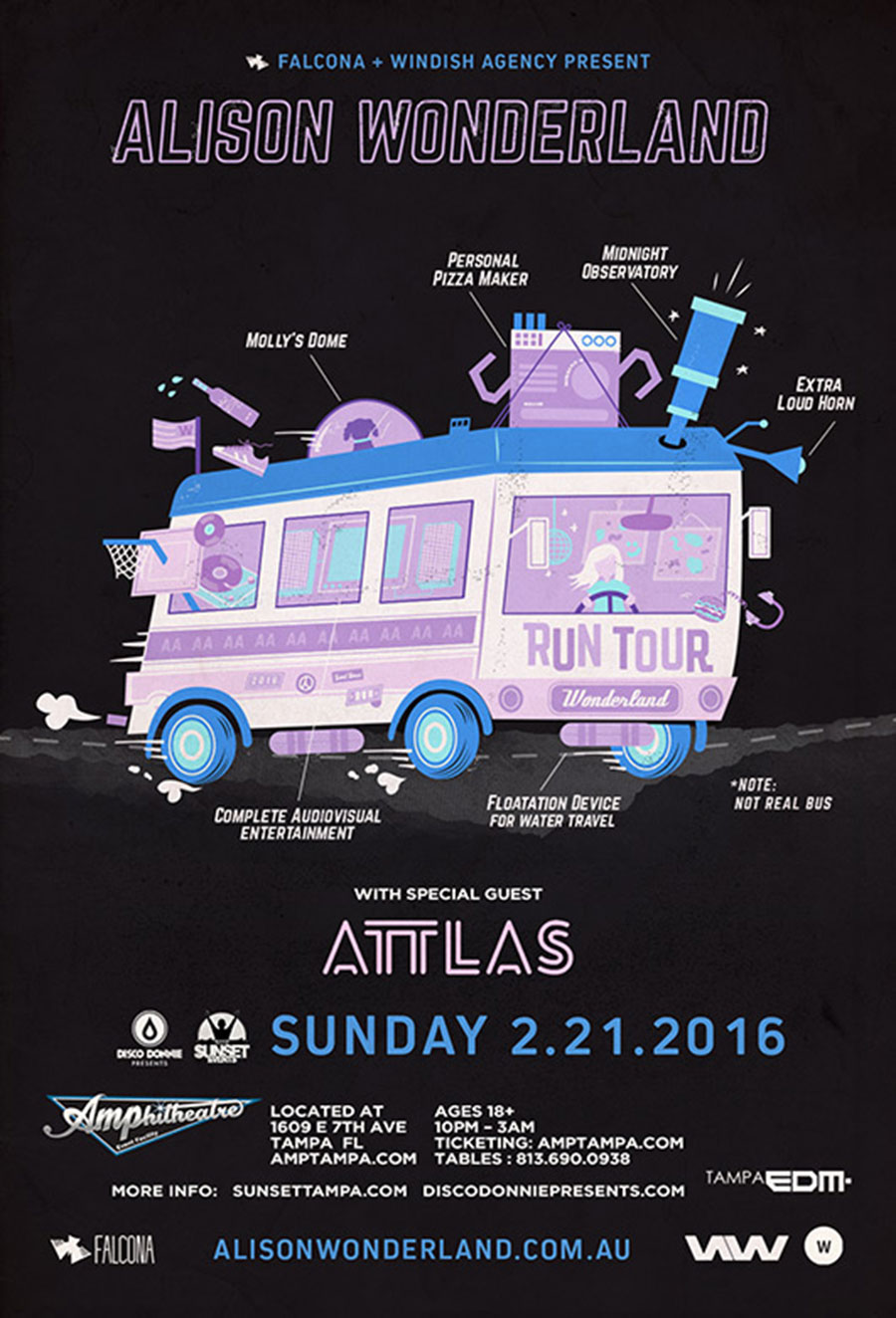 Recently having one of her sets described by Annie Mac as “the best party set I‘ve heard in a long time” the wide-eyed, dodo racing, rabbit chasing girl of Lewis Carol’s opium induced fantasies has officially been superseded.

Wonderland has performed in LA at the official Grammy’s Afterparty, all throughout Ibiza on top of MOS and the Brit Awards Afterparty in London. In Australia she has torn up main stages at Splendour in the Grass, Falls Festival, Southbound Festival, Stereosonic, Field Day, Parklife (nationally), Good Vibrations Festival, Harbourlife, Sydney Fashion Week, Future Music Festival, Coaster Festival, Secret Garden Festival and more, not to mention her sellout headline national tours.   The end of 2012 saw Wonderland taking the highly prestigious summer festival time slots. Playing main stage at Falls Festival in a headline slot after Hot Chip to a capacity crowd, Supporting PNAU Live at Wonderland Festival in Perth & again destroying the headline time slot after SBTRKT to a heaving tent at Southbound Festival……this all within 1 WEEK!   Alison Wonderland is the party, rumour has it she never sleeps and is reasonably good friends with Oprah.