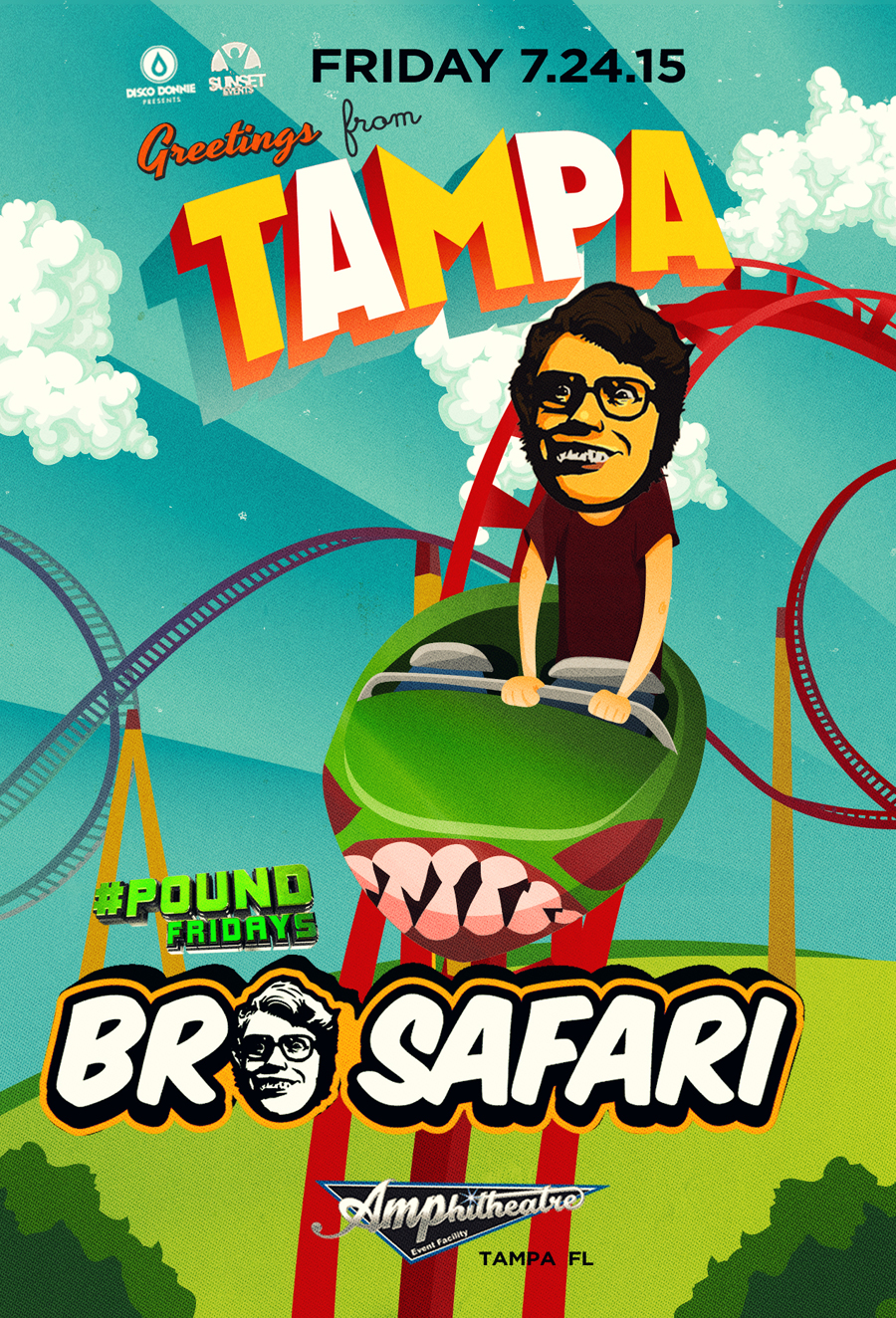 Bro Safari returns to #Pound Fridays at The AMP this July on the 24th. The last time we brought (K)nick to Tampa we filled Amphitheatre from wall to wall with crazy bass-heads and we’re sure to do it again next month.

Contrary to popular belief, dance music isn’t new to America. One would only have to look at the career of Bro Safari to know that the American dance music scene has been thriving for years, making waves from the States to across the globe. Bro Safari’s productions have excited crowds and been critically acclaimed by the best in the business, and there’s nowhere to go but up for this talented producer.

In fact, if 2012 was the year that Bro Safari’s name grew, then 2013 is when the rocket blasted off. After is success releasing singles “Scumbag,” and “The Drop,” Bro Safari partnered with his long time collaborator UFO! for the highly anticipated album Animal, which were all free giveaways via his Soundcloud. The Animal project high-light’s how these two drum & bass producers took a “genres-be-damned” approach, creating music that they felt. The album is a cohesive masterpiece, received great accolades and pushes from a number of well-respected outlets. In a fitting cycle, they even included some raucous drum & bass tracks to the project, never forgetting where they came from.

No one can predict the future, but with the trajectory that Bro Safari is on right now, he is on track to continue to excite audiences, challenge norms, and represent the quality within the dance music scene for years to come.

With the recent release of Myself In The Way, drea

THIS BLACK FRIDAY... @musicbytvboo is back and hea

ONE WEEK AWAY! 📣 @djpaulkom of the legendary Th

UPDATE! 📣 We apologize for the inconvenience, b

2 WEEKS AWAY! 🔥 The reigning queen of #burlesqu

NEXT WEEKEND! 💋 We've got a date with @youaside

Happy @VonStroke Day! 🥰 TONIGHT, he will be pla